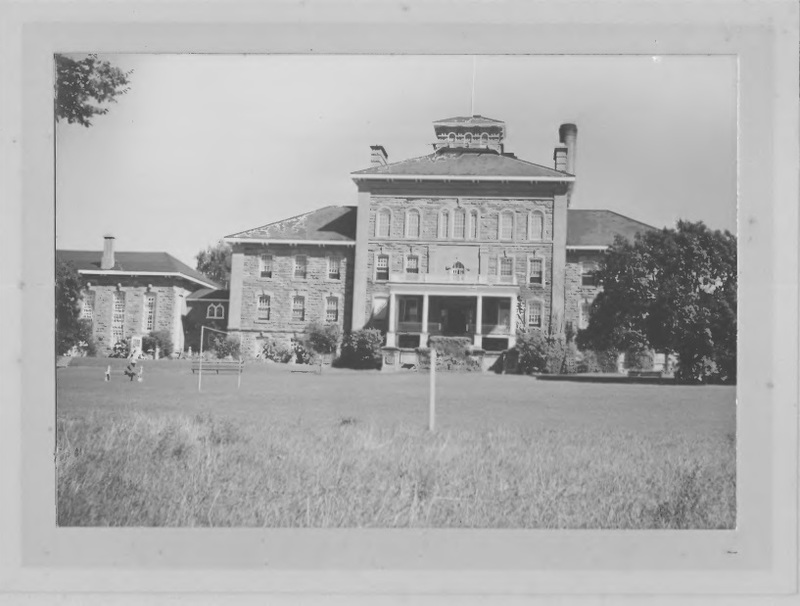 Lock and key from the front door of the Reformatory

The Province of Canada acquired 200 acres of land at the south-east shore of Georgian Bay in 1855 shortly after the British Naval and Military base that had occupied the site was decomissioned. Four years later the site was adapted for use as the "Upper Canada Reformatory Prison" - a public institution intended for the rehabilitation of delinquent boys. The institution operated for 44 years, closing its doors in 1903.

The year prior to the opening of the Reformatory, 120 children under the age of 21 were reported as inmates of the Kingston Penitentiary. Concern was raised that the children were being negatively influenced in that environment - that a location where adults serving criminal convictions were acting as a daily influence over their impressionable young minds was not appropriate. Specialized training and education were desired that would help to set the children back on the right path. The reformatory system was inaugurated in response to this line of thinking.

Over the course of its history, the Reformatory in Penetanguishene was known by a series of different names:

The names reflect both the changing political structure of the province as well as efforts to emphasize a shift towards a less correctional, more rehabilitative environment in later years. 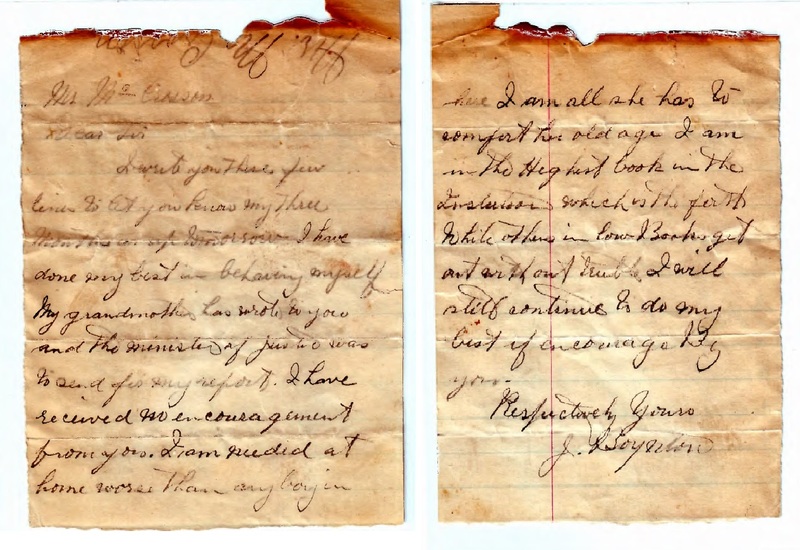 Handwritten request for release from Reformatory, 1879 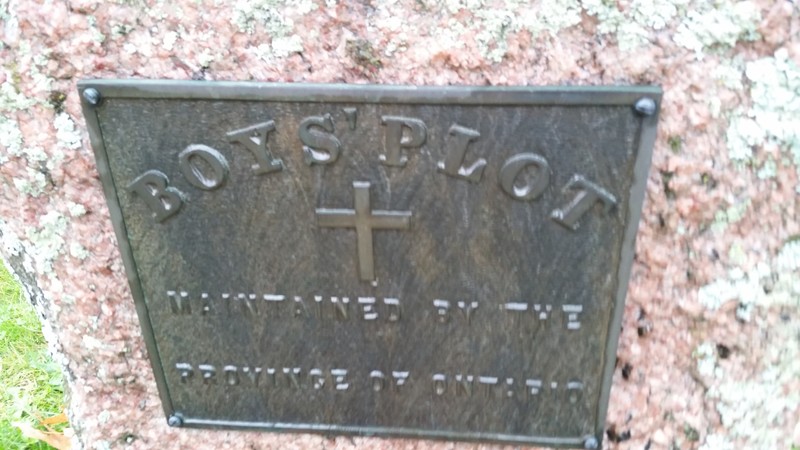 The Warden of the Reformatory arrived on August 18, 1859 with 23 boys: 13 from the Kingston Penitentiary and 10 from the Isle aux Noix Reformatory in Lower Canada (later, the province of Quebec). The numbers would fluctuate annually, peaking at 263 boys in 1882. They ranged in ages from seven to 21 years.

The Reformatory essentially replaced time that would have been served at either a common jail or the Penitentiary. Admission to the Reformatory in Penetanguishene was made through one of two situations:

The boys who were sent to the Reformatory were not hardened criminals. The crimes they had been convicted of ranged from petty theft to vandalism to vagrancy or even "incorrigible conduct."

The Reformatory was run with a quasi-military regimen. Time was strictly regulated with the days consisting of a mix of school and hard labour. A typical day followed this schedule:

When first opened in 1859, the Reformatory occupied the vacant military buildings still standing on the grounds. In his first annual report, the Warden described the arrangement:

"The Reformatory is a stone building 111 feet in length, 39 feet in breadth, and 24 feet in height, formerly soldiers' barracks; and adjoining thereto, though unattached, is the temporary dwelling for the Warden, also of stone, formerly officers' quarters, and on a parallel line with the prison, 81 feet in length, 37 feet 3 inches in breadth, and 12 feet 7 inches in height" (Kelly, 1860, p. 41).

The buildings were deemed unsuitable from the outset. Within a year, the Reformatory had initiated construction on a new complex of four buildings (the remains of which stand today as the Administration Building of the Waypoint Centre for Mental Health Care). Construction would take 20 years, involving the labour of many of the boys who were sent to the Reformatory.

ca. 1870     East Wing completed (projected out behind the Main Building)

Criticisms of the Building

By the time the complex was completed in 1882, it was already considered out-of-date for its purpose. As the philosophy of the Reformatory shifted towards an increasingly rehabilitative focus, the prison-like buildings were seen as old-fashioned. The Warden described his own impressions that year in his Annual Report:

"When the Reformatory is reached, the visitor is at once struck with the massive and prison-like appearance of the structure, the iron bars, the heavy door, and the isolated position; all telling of that once universal, but now obsolete system, which dealt with a badly trained boy who came within reach of the law, as a criminal small in stature only, and requiring the same treatment as those hardened convicts confined in a penitentiary" (McCrossan, 1882, p. 80).

The reformatory system in Ontario as a whole would increasingly come under criticisms as the nineteenth century came to an end. By 1903 the Reformatory in Penetanguishene would be considered obsolete and closed. But the 21 year old structure would not sit empty for long.

An Act for establishing Prisons for young Offenders, for the better government of Public Asylums, Hospitals and Prisons, and for the better construction of Common Gaols. (1857) http://eco.canadiana.ca/view/oocihm.9_07306/2?r=0&s=1

Coffin, W. F. (1858). Appendix No. 15 - Ordnance properties as connected with reformatory prisons, and other public institutions. Journals of the Legislative Council of the Province of Canada, 16, 1-15. Toronto, ON: Leader Steam Press.

Grant, I. (1983). Incorrigible juvenile: History and prerequisites of reform in Ontario. Canadian Journal of Family Law, 4, 293

Kelly, W. M. (1860). First Annual Report of the Reformatory Prison, Canada West. Sessional Papers of the third session of the sixth parliament of the Province of Canada, 4(32), 40-45. Quebec: Thompson & Co.

Langmuir, J. W. (1891). Report of the commissioners appointed to enquire into  the prison and reformatory system of Ontario.

McCrossan, T. (1882). Annual report of the superintendent of the Ontario Reformatory for Boys, Penetanguishene (pp. 80-96). Fifteenth Annual Report upon the Common Gaols, Prisons, and Reformatories of the Province of Ontario. Toronto, ON: C. Blackett Robinson.

Asylum for the Insane →
Reformatory for Boys