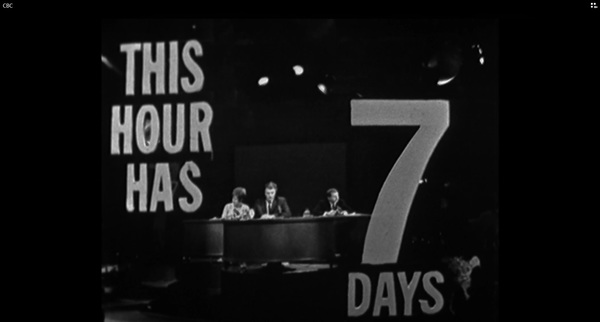 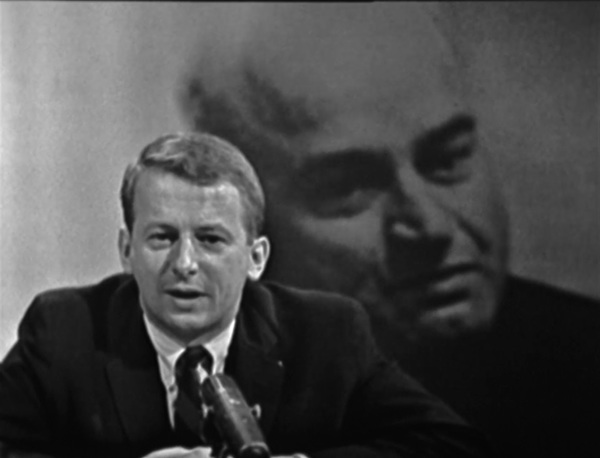 Introduction to Fawcett coverage on CBC, 1965

Bringing the Sanity Debate to the Public

For the first 30 years of the Criminal Insane Building, no patient who had been accused or convicted of a Capital offence was discharged from the division - regardless of whether or not they were deemed to be recovered. The discharge of the first patients admitted on Lieutenant Govenor's Warrants in 1963 was a major shift in forensic mental health care in the province - but many clarifications of the admissions-discharge process at Oak Ridge remained to be sorted. Chief among these discussions was the question of how to prove that one was capable of standing trial. In 1965, Fred Fawcett opened the discussion up to the Canadian public.

Pleading His Case on National Television

The evening of March 21, 1965 the lead story on the popular CBC television broadcast This Hour Has Seven Days featured Fred Fawcett. By that time Fawcett had been a patient of the Oak Ridge division in Penetanguishene for four years and had been denied appeals for his release at the provincial and federal Supreme Courts. Despite being denied permission for the interview, the CBC brought Fawcett's story to a national audience.

Fawcett, a farmer, had stopped paying his taxes because he had been denied the same road access to his farmland that others in his area had been granted. He was accused of shooting at a Tax Assessor's car in 1961. Before standing trial to face these charges, it was ordered that he undergo a 30-day assessment in a psychiatric hospital. Pusuant to section 524(1a) of the Criminal Code of Canada, a court may remand the accused on the evidence of at least one medical practitioner for a 30 day observation if s/he is believed to be mentally ill. One month later, on November 16, 1961, two medical professionals certified Fawcett as mentally ill. He was subsequently confined as a patient of the Ontario Hospital system under the Mental Hospitals Act (chap. 236) - legislation which allowed for the involuntary confinement of an individual on the certificates of two medical practitioners. Fawcett disagreed with the findings.

Fawcett and his sister brought his case to This Hour Has Seven Days as a means of exposing his situation. Permission to conduct the interview had been denied by Hospital officials so CBC reporters pretended to be friends of Fawcett's sister during visiting hours and smuggled their recording equipment into the Oak Ridge building inside a picnic basket - one of the first times a "hidden camera" was used in Canadian journalism. Fawcett, who appeared in a white button-up shirt sitting infront of a set of barred windows, came across as composed and articulate. He made it clear that he felt himself wrongly confined and explained that he only wanted the right to defend himself at trial.

The segment on This Hour Has Seven Days included interviews with the Tax Assessor, Penetanguishene Superintendent Dr. Barry A. Boyd, Fawcett's sister and lawyer, as well as a psychiatric expert from the University of Toronto. They each stated their role in the case and explained the legalities surrounding involuntary confinement of the mentally ill from their respective positions. The segment then ended with a heated interview with the Lieutenant Governor of Ontario, the Hon. Arthur Wishart.

Interviewed by Warren Troyer and Peter Pearson, the Lieutenant Governor tried to explain why Fawcett had been confined in spite of medical testimonies extolling his health. The discussion came down to a difficult debate over what counted as a "preponderance of evidence." Fawcett's layer, Bernard Cott, summed up the confusion:

"Well I think the Fawcett case should be sufficient evidence that it is very difficult if not almost impossible. In fact I don't think - it may sound rather facetious but I don't think you could go into a docor and say: 'Doctor, my name is so and so and could you give me a certificate that I am sane?'" (Lawyer Bernard Cott on This Hour Has Seven Days, 1965).

Two weeks after the segment was aired on the CBC, the province announced that it was reviewing Fawcett's case -- he was released soon after.

Pleasure of the Lieutenant Governor

In the earliest years of the division's history, it did not matter what Attendants, Psychiatrists, or the Superintendent wrote in a patient's file. Discharge was not a medical decision - it was a legislative one. Specifically, the decision fell to the Lieutenant Governor of Ontario - the head of the Provincial Legislature and the official representative of the British monarchy at the provincial level. And it would take three decades before the Lieutenant Governor approved a discharge.

This particular situation affected those patients who had been admitted on a Lieutenant Governor's Warrant (LGW). An LGW could be issued if one was found by the courts to be Not Guilty on the Grounds of Insanity or Unfit to Stand Trial. In such cases, the Criminal Code of Canada specified that the individual:

"be kept in strict custody in such place and in such manner as the court seems fit, until the pleasure of the Lieutenant-Governor is known."

It was these final words: "until the pleasure of the Lieutenant-Governor is known" that created what was essentially an indeterminate sentence for those patients admitted on LGWs. Superintendent Dr. D. O. Lynch shared his thoughts on the situation in a 1937 article:

"The obscurity into which these unfortunates pass is incomparably more profound than that which enshrouds the ordinary mental hospital. It more closely resembles that of a prison though, as a fact, the verdict passed on these victims of a disordered mind may be considered equivalent at law to an acquittal and yet the majority of these unfortunates will remain in hospital to the end of their days" (Lynch, 1937, p. 39).

More deflating are the personal letters contained in the case files of those patients admitted on a Lieutenant Governors Warrant between 1933 and 1963. Letters from the Superintendent to the families of patients made clear that there was no hope for the release of their relatives.

The Cost of Hopelessness

The effects of serving an indeterminate sentence were more than some patients could bear. The case of one patient is particularly illustrative of this point. The man was among the first admissions to the Criminal Insane division in 1933, transferred from the Guelph Reformatory. He had been found Not Guilty on the Grounds of Insanity in the murder of his wife in 1924. He had served overseas in the First World War and suffered both a gun shot wound to the leg and a bout of trench fever. Upon return to Canada, he experienced troubles with depression that prevented him from working. He attempted to take his own life several times before being charged with his wife's murder.

By the time he was transferred to Penetanguishene, he was arguably a different man. He had been confined for nearly eight years, during the last four of which he had been completing the duties of a clerk at the Guelph Reformatory. The Superintendent of that institution, Dr. Wallace, forwarded a note along with his file that specified the trust he had garnered with this work.

With this note, the same clerical duties were assigned to the patient upon his arrival in Penetanguishene. But it was while completing these tasks that the man came across - and read - his own file. It contained a letter from Dr. Hanna, a psychiatrist working in Penetangushene, which stated unequivocally that despite a clean bill of health there was absolutely no hope of release. The patient attempted to take his own life soon after.

In a letter describing the experience, the patient explained the pure disappointment and hopelessness felt upon reading the letter. Administrators at the division instead saw the attempt as a return of his illness and imposed restrictions on the patient's daily routine.

For over two decades, this patient and his family embarked on a persistent letter-writing campaign in an effort to secure his discharge. In 1954, 21 years after arriving in Penetanguishene and 30 years after being found Not Guilty on the Grounds of Insanity, he again attempted suicide and was successful.

The first discharge of those confined At the Pleasure of the Lieutenant Governor came in 1963. The press announced the "First Man Out" but kept the man's name anonymous, at the request of the Hospital who cited the desire that he be able to make a fresh start in the community. Patients wrote in The Quill of the hope that the release brought:

"To a lot of patients, and also to the staff here, the release of one individual but signified a break in the chain that over the years has bound patients.... it has brought a new light and hope to these individuals and helped to make the outlook brighter."

The "First Man Out" wrote updates to the Hospital in the years following his discharge, confirming that he was doing well and expressing gratitude for the efforts that led to his discharge.

Jezovit, A. (2006, August 1). The deadly sins of seven days. Ryerson Review of Journalism. Retrieved from http://rrj.ca/the-deadly-sins-of-seven-days/

Office of the GM and Editor in Chief. (2013, April 23). Half a century of investigative journalism at the CBC. CBC News: Editor's Blog. Retrieved from http://www.cbc.ca/newsblogs/community/editorsblog/2013/04/half-a-century-of-investigative-journalism-at-the-cbc.html