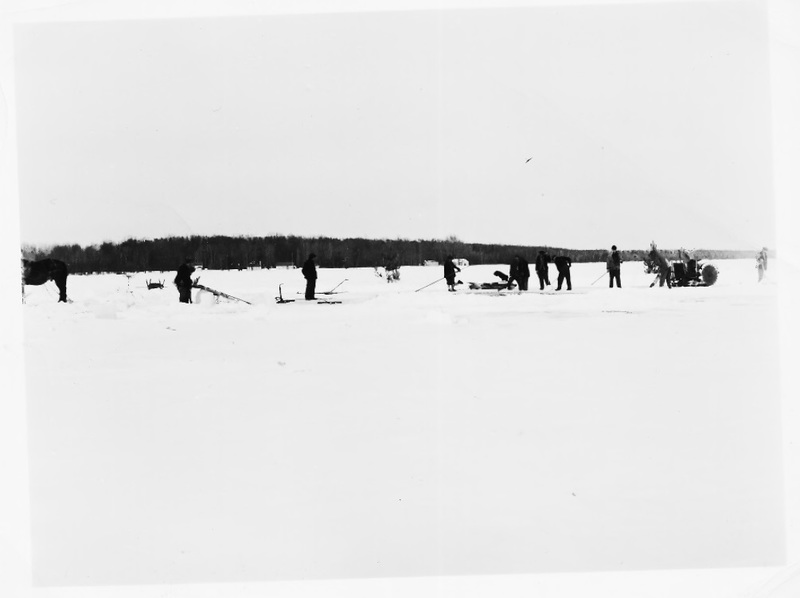 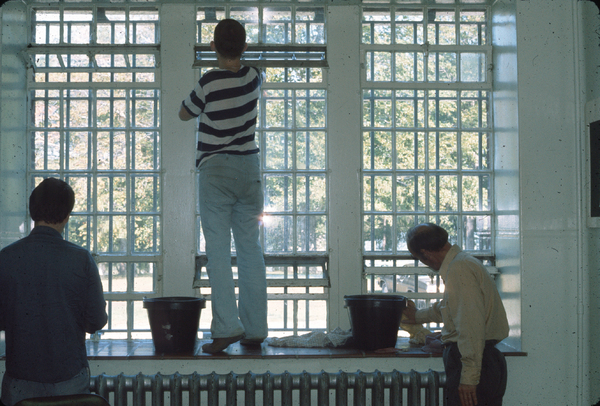 Outside of the Occupational/Vocational department, patients of the newly opened Criminal Insane Building were encouraged - if not expected - to work. This was in part seen to hold therapeutic benefits, but also made up for the lower number of staff members in areas such as food preparation and farming, and the complete lack of staff overseeing housekeeping duties during the earliest decades [For a discussion of the overlap between work and treatment, see the Work and Recreation therapies exhibit].

Depending on their abilities, patients of the Criminal Insane Building could be assigned to "Work Gangs." Over the earliest decades there were a growing number of these groups: the "Inside Gang" washed the windows, swept the floors, and helped prepare and serve meals while the "Outside Gang" was engaged in construction projects around the property of the Hospital as well as garden and farm work. For example, to beautify the grounds around the property of the new Criminal Insane Building, patients crushed rock for the roads, constructed ornamental fences and gate posts, and plated 7,000 spruce and cedar trees in addition to other hedges and plants in 1933.

The practice of allowing patients from the Criminal Insane division outside to work on the grounds around the Hospital property did face some criticisms from the surrounding community initially:

"The writer recalls criticism by various townspeople for sending out organized working parties from this group. Even though they were under constant surveillance by attendant staff, it was felt by many people that we should not allow the patients outside their hospital building and, I might say, it took some little time to break down this local prejudice which, I believe, was due to a combination of ignorance and fear; ignorance of the dependability and trustworthiness of so many of our patients and fear of an elopement and possible assault or worse" (Lynch, 1937, p. 40).

This practice was continued in later years, with small groups of patients assigned to these tasks. Superintendent Dr. Barry A. Boyd described the arrangement in the early 1960s:

"No one is forced to work, but all patients well enough are encouraged to do so, and to progress from job to job, with recovery. This encourages initiative, and provides some financial remuneration. Patients start by helping with jobs on their own ward, and then progress to jobs in the kitchen, paint group, outside group, or industrial shops" (Boyd, 1963, p. 344).

During this period, the groups became more delineated in terms of their tasks: the "Painting Gang," for instance, was assigned during the 1960s and 1970s to paint the interior of the building as needed. It was also as part of the "Painting Gang" that the murals inside Oak Ridge were completed [see the Patient-Created Gallery for more information].

During at least the first three decades of the division's history, it was a misnomer to call the tasks assigned to patients "work" or "employment" - they were not paid for their efforts. While the patient case files to make clear that patients were able to refuse these assignments - any many did - it was still in the tradition of patient-based labour that defines the broader history of psychiatric institutionalization prior to the mid-twentieth century.

The lack of remuneration during this early period was, however, an exception in Oak Ridge's history. From mid-century, patients in the division did receive pay for the work they completed - regardless of whether this was a part of one of the "Work Gangs" or a part of the Occupational/Vocational department programming. These wages inspired one patient to write a song for the 1986 variety show:

"I've got my coffee and ciagarettes
All that's left is 15 cents
Maybe we'll get a raise some day [laughter]
But I don't think there'll be any praise[?]
Except for longer holidays
Keep on trucking down the hall"

The amount of money paid to patients was small but was intended both to provide recognition of the patient's efforts as well as a way for them to earn funds to pay for small extras that were available: for example, snacks or drinks at the canteen. Patients were not allowed to hold onto their own money for security reasons and so these funds were entered into their Pin Accounts. 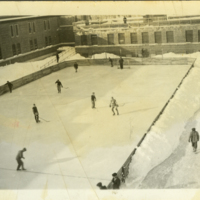 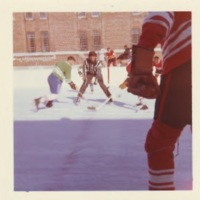 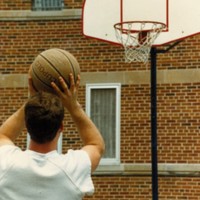 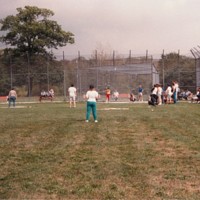 In a similar way to how work may be considered both a component of treatment and a practical requirement for the continued operation of the division, recreation may also be seen to hold a dual role: it was both an integral component of treatment programming throughout Oak Ridge's history as well as an activity that patients engaged in freely on their own.

Interior and exterior activities were made available to and/or freely engaged in by patients. At various points in the division's history, this included a mix of sports, card games, movie nights, television, painting, reading, and other activities:

"In the recreation room of each ward, patients may engage in games or watch television. There is a film once a week, and sports activities take place in the yards. Baseball and hockey teams from the community participate" (McKnight, Mohr, & Swadron, 1962, p. 250).

The dual purpose served by the activities was echoed in the many physical locations they were held in: recreation was pursued on a personal level in a patient's own room, in the shared space of the ward, in the common rooms in the basement, and outside in the yards.

Lynch, D. O. (1937). Some observations on the criminally insane with special reference to those charged with murder. Ontario Journal of Neuro-Psychiatry, 12, 39-52.

McClenahan, C. A. (1937). Annual report of the Penetanguishene Hospital for Insane and Criminally Insane for teh year ending October 31st, 1936. Sessional Papers of the Province of Ontario. Toronto, ON: T. E. Bowmein.