Throughout its history, patients were admitted to Oak Ridge through several different avenues:

Generally, most Oak Ridge patients came into contact with the legal system: whether being found Not Guilty by reason of Insanity (later, Not Criminally Responsible), Unfit to Stand Trial, or found to be suffering from a mental illness while serving a criminal conviction. Other patients were transferred to Oak Ridge from other mental health facilities if they had been found to be violent or excessively aggressive while undergoing treatment. As a maximum-security facility, only those patients deemed to require the additional security restrictions - both for their own safety as well as the that of the public - were recommended for admission to Oak Ridge.

In addition to longer-term treatment programs, the Oak Ridge division also provided 30-60 day forensic assessments for the courts in determining an individual's Fitness to Stand Trial or Criminal Responsibility as well as Treatment Orders which compel an individual to receive psychopharmaceuticals in order that they may participate in their legal proceedings.

All individuals admitted to Oak Ridge passed through a standardized process. Although the exact details varied over time, the general procedure began with a search of the individual being conducted and a list of all their personal belongings being recorded. A system of checks was implemented to secure the personal belongings of the patient that involved the signatures of the staff member who escorted the patient to Oak Ridge as well as the signatures of Oak Ridge staff. The new arrival was also interviewed by a physician before being escorted to the ward. In later years, a shower was required at the time of admission.

The number of men admitted during any given year was never more than the number of beds allowed for. Between 1933 and 1957 this was capped at 157 beds - the expansion in 1957 allowed for the largest number of patients at any time in the division's history, 304. From that point onwards, the numbers gradually dropped as the renovations transformed some rooms into therapy spaces or offices.

There were, nonetheless, two reported "spikes" in admissions - or, at least, in the applications received for admission. The first came in the earliest years of the division's history and the second occurred during the early 1970s. Both events coincided with the riots at the Kingston Penitentiary - the first in 1933 and the second in 1971. Regarding the first of these, Superintendent Dr. D. O. Lynch wrote:

"It was interesting to note that following the riots of 1933 at Kingston Penitentiary, we had more applications for admission that at any other time and several of the more urgent cases, when admitted, showed definite panic reactions, apparently precipated by the ordeals through which they had passed" (Lynch, 1937, p. 42).

The First to Arrive

The first 100 men to be admitted to the Criminal Insane Building in Penetanguishnee in 1933 had a history of institutionalization. They were transferred together, as a group, from the psychiatric wing of the Ontario Reformatory in Guelph. The majority of the men had spent years - if not decades - being ushered back and forth between various jails, industrial farms, reformatories, penitentiaries, and psychiatric hospitals across Ontario and, on occasion, the neighbouring provinces. Several of the men had been incaracerated for well over two decades by the time they arrived in Penetanguishene. 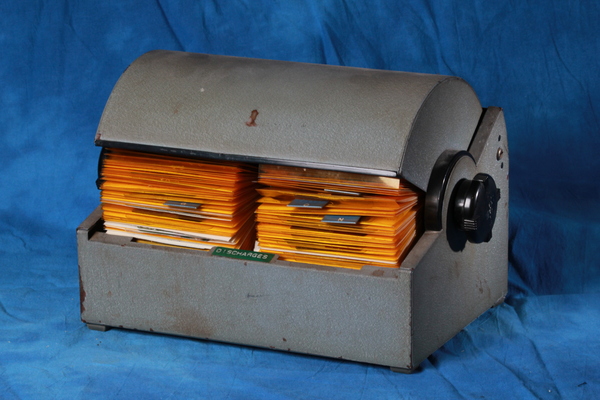 Over the course of its history, the length of a patient's stay at Oak Ridge varied depending on two primary factors: (1) the legislative restrictions in place and (2) the state of the patient's mental health. As patients described in a special edition of The Quill in 1968:

"Since the institution opened in 1933, the population has been composed of a fast moving stream of patients who return to court, a slower moving group who stay from a year to five years before a release is possible, and the balance who, because of the seriousness of their legal and psychiatric situations, do not expect to be released for ten, twenty or thirty years. Most members of these last two groups are severely mentally ill, many of them not obviously so to the short term observer, and a few of them either recognize or agree to the fact of their illness" (The Quill, 1968, p. 7).

During the first 30 years of its history, no patient at Oak Ridge who had been accused of a capital offence was discharged from the division. These men had been admitted on a Warrant of the Lieutenant Governor and their discharge was therefore at the discretion of the government rather than on the basis of a psychiatric decision. Changes to provincial legislation would later clarify the determinants for release or transfer.

Upon discharge, a patient's personal belongings were returned and the logs listing the individual items were signed by all parties involved in the discharge or transfer.

Most patients were never released directly into the community but instead were transferred to another provincial institution: either a regional mental health facility to help with the transition or to a correctional facility if they had time remaining on their criminal charges. Still others returned to court on the charges for which they had been previously unable to stand trial.

There are as many varied experiences of making the transition from Oak Ridge to another facility or into the community, as there were patients discharged from the division. For some the experience was smooth, for others it was too much of a challenge to bear, and still others fell somewhere in-between.

The identity of the first man held on a Lieutenant Governor's Warrant to be discharged from the Oak Ridge division was kept out of the press. The event was covered in the papers but one article's author explained to readers that:

"The staff at Penetang and the officials at Queen's Park who supported the decision, all feel he deserves anonymity - and a chance to start life afresh" (Bertin, 1963, p. 8).

The Superintendent in Penetanguishene wrote to the man following his release, expressing the hope that his privacy had indeed been maintained.

The practice was, however, short-lived: the identity of the second man scheduled for discharge made headlines across the province. As a result of the media attention, administrators in Penetanguishene opted to delay his release.