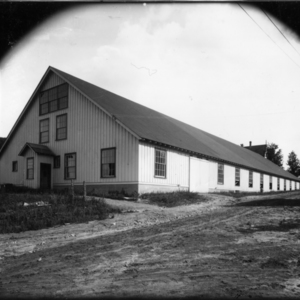 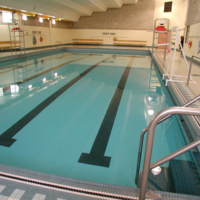 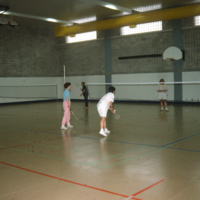 Throughout its history, the surrounding community of Penetanguishene has maintained a continued physical presence at the Hospital. Outside of drawing the majority of its staff from Penetanguishene, Midland, and other nearby towns, the Hospital grounds have served as the site of local recreational activities for several generations. For instance, in the earliest years of the institution community members made use of the lawn bowling green and the curling rink.

In the early 1990s the construction of a new Sports Complex at the Oak Ridge division was heralded as a long overdue improvement to long-term institutional care. Recreational programming would no longer need to share the cramped space of the lower levels or be dependent on the weather - patients would have access to a full gymnasium and swimming pool. But it was not only Oak Ridge who benefited from the new addition: the Sports Complex was a welcomed addition for local community residents as well.

In the same tradition as the original curling rink, community programming was scheduled at the Sports Complex. Entering through a side door, children and adults alike arrived for team practices and swimming lessons every weekend.

Efforts were made over the years to make the relationship between the community and the Hospital less one-sided. While patients of the regional division attended many community events, it was not deemed appropriate to bring Oak Ridge patients. The Oak Ridge patients were, however, known to contribute in other ways.

For a few years in the 1960s, Oak Ridge patients designed and constructed floats for the annual Winterama event held in Penetanguishene. Their work was displayed as part of the parade that ran through the streets of Penetanguishene during the festival. 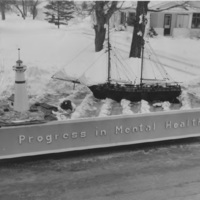 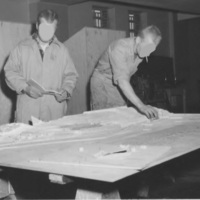 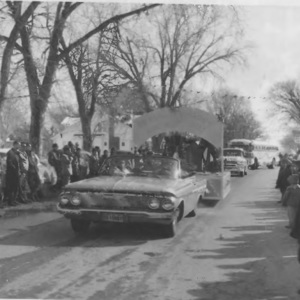 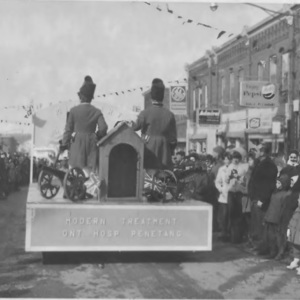 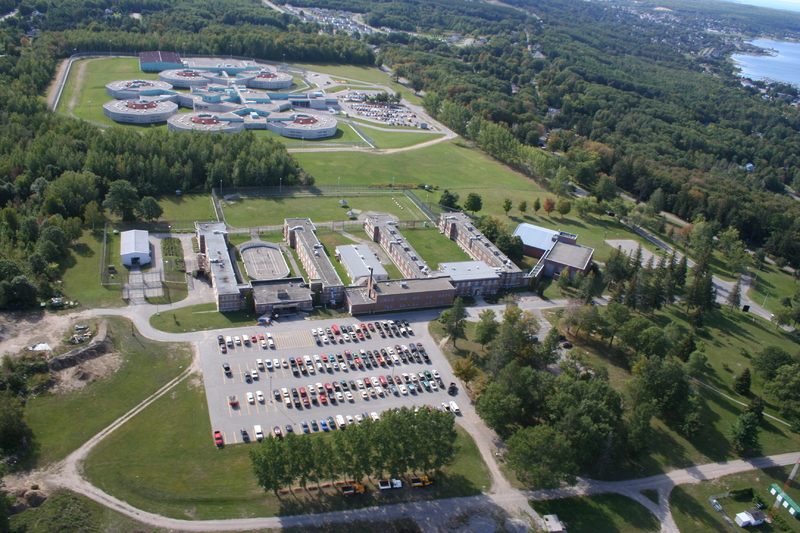 For the last 13 years of its history, Oak Ridge shared a fence line with the Central North Correctional Centre (CNCC). Opened in 2001, CNCC is a maximum-security regional correctional facility constructed to replace the Barrie Jail, Parry Sound Jail, and Guelph Correctional Centre. It was operated initially as a private facility before becoming provincially-run in 2006.

CNCC is located directly south of where Oak Ridge once stood on property previously owned by the Hospital. The close proximity has led to a common misconception that CNCC and Oak Ridge are one in the same. Outside of sharing a fence line, there was in fact never any official connection between the two institutions.

Standing Committee on Prison Conditions in Ontario. (2006). The superjails in Ontario. John Howard Society of Ontario. Retrieved from http://www.johnhoward.on.ca/wp-content/uploads/2014/09/the-superjails-in-ontario-june-2006.pdf