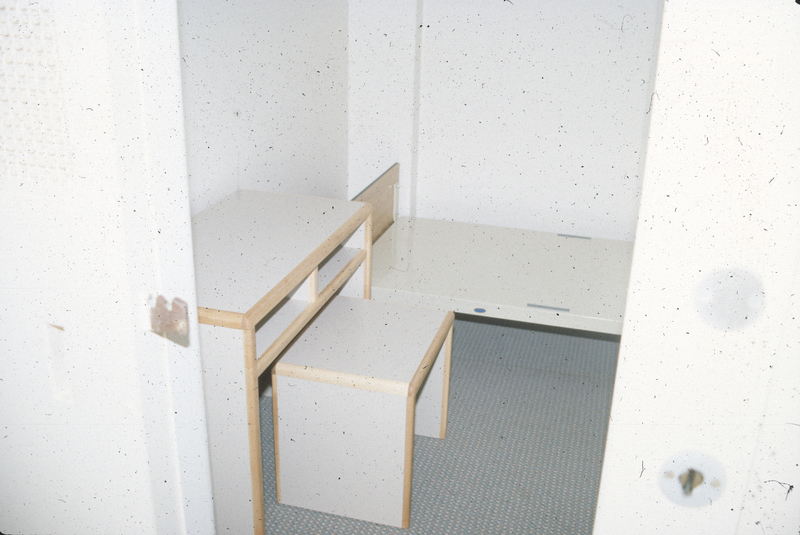 Oak Ridge was designed such that every patient would have their own individual room. These rooms were small and varied little in dimensions from ward to ward - or year to year. Thirty eight patient rooms initially lined each ward, although these numbers were decreased in later years with some rooms being repurposed for offices and on-ward facilities.

Every patient room had a door with partially opened grating that opened onto the ward hallway and a barred window looking out onto one of the fenced yards. Standard furniture included a bed, desk, chair, exposed toilet, and sink. The rooms featured virtually no privacy from anyone walking down the hallway. 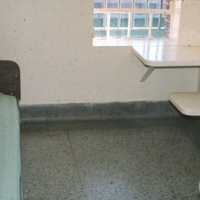 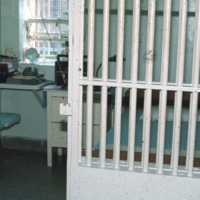 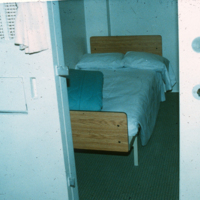 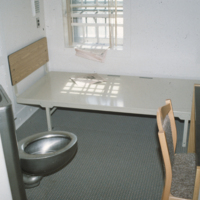 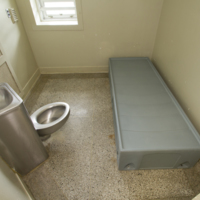 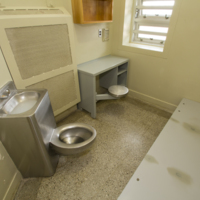 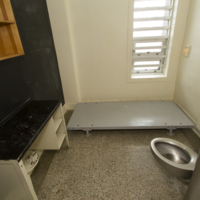 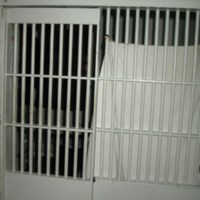 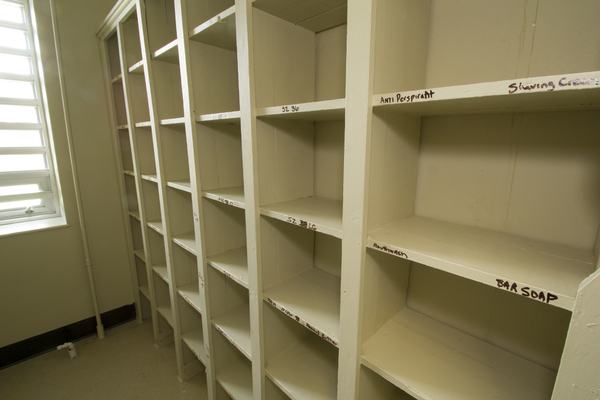 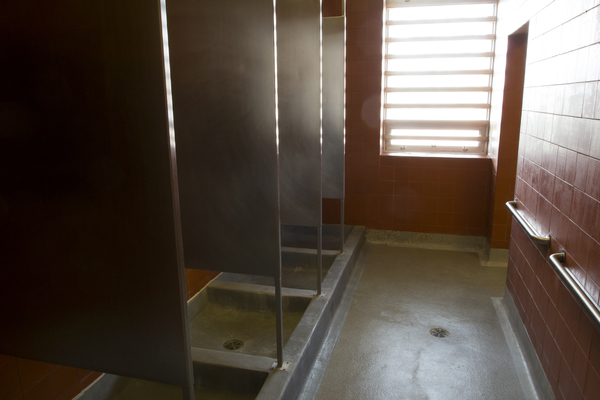 Towards the end of each ward hallway were a series of communal-use areas: shelved storage spaces for clothing, toiletries, and other amenities as well as shower rooms. In the first decade of the building's history, this area had also been home to the continuous bath treatment rooms.

Each ward hallway terminated at a large communal room known throughout the history of the division as the "sunroom." These spaces were lined on three sides with barred windows and looked out into the Oak Ridge yards. The rooms were lined with chairs and typically featured a radio and, in later years, a television set.

Sunrooms were truly multipurpose rooms. Over the generations they served as both an on-ward recreational space, meeting room, dining room, and treatment space. Their overall layout changed little over time despite these multiple uses - they were furnished with individual chairs that were periodically replaced over the decades and, on occasion, tables.

The sunrooms had only one entry point, coming directly from the ward hallway, and featured a heavy steel gate that could be locked to block the room from the rest of the ward. Attendants sitting directly across from this gate within the sunroom could observe the whole length of the hallway while also keeping watch over the sunroom activities. 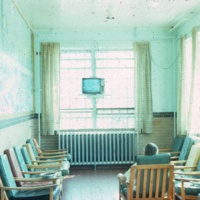 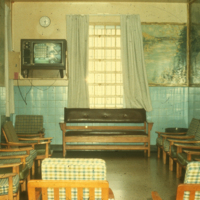 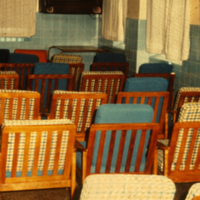 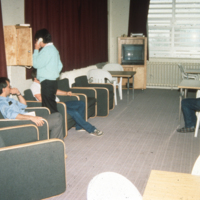 ← The Brick Building
Asylum Point Cemetery →
Inside the Ridge