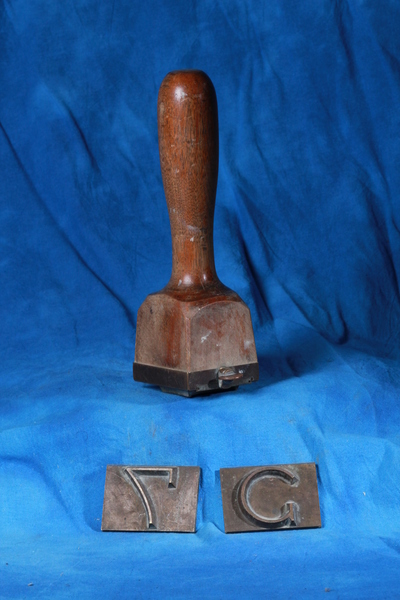 Tombstone stamp and plates, no date

When a patient died within either the Regional or the Oak Ridge divisions of the Hospital in Penetanguishene, there were several options surrounding their burial. Upon death, the next of kin was informed and asked of their preferences. Some families opted to have their relative returned home to be buried privately. Other families - for varied reasons - elected over the years for their relatives to be laid to rest by the institution.

Institutional burials in Penetanguishene took place in two general locations: either at one of the churches in the surrounding communities or in the cemetery on the grounds of the Hospital. Based on archival records, this choice appears to have related to the religious affiliation of the patient.

During at least the early decades of its history, Oak Ridge patients contributed directly to the institutional cemetery through the creation of the flat cement headstones that still mark each grave. Using the wood and brass stamp shown on this page, patients marked the birth and death dates of the deceased by hand. Unlike other institutional graveyards which traditionally feature only numbered markers for patients, the markers in Penetanguishene are mixed: some include the name of the patient, while others reference their casebook number.

For the 100th anniversary of the Hospital in 2004, the cemetery space on the lower road of the Mental Health Centre Penetanguishene was officially recognized through the volunteer efforts of staff, community members, and clients. A commemorative stone was laid and decorative gates detailing the history of the cemetery were installed.

Over 300 patients of both the Regional and Oak Ridge divisions of the Hospital are buried together at this site. 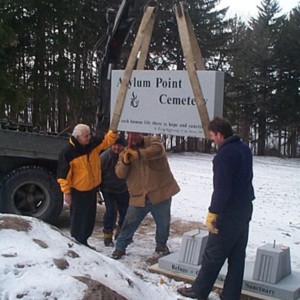 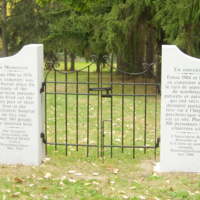 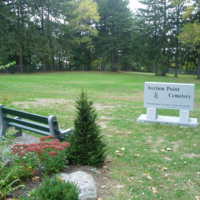 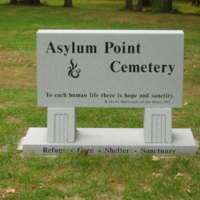 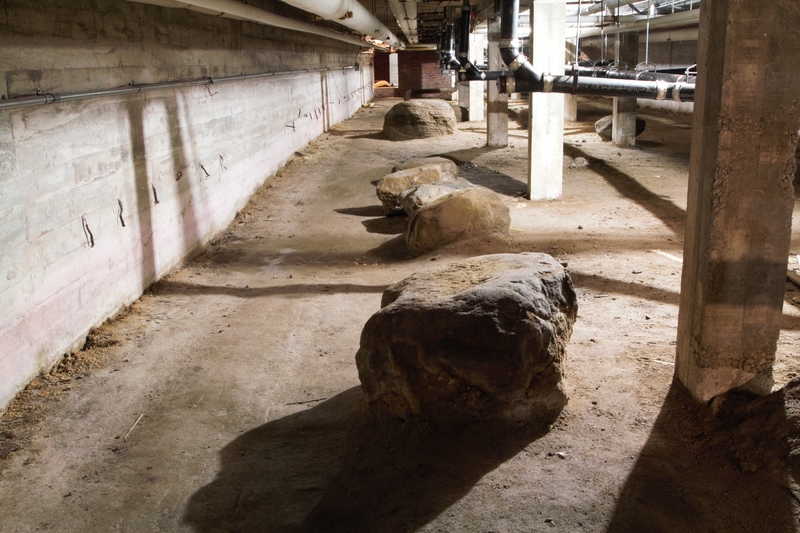 Boulders in the basement of Oak Ridge

Bodies in the Basement?

Older buildings often find themselves the subject of urban legends and ghost stories - the Oak Ridge building was no different. For many years, legend around Oak Ridge and in the surrounding community held that the men who died while they were patients at Oak Ridge were buried in the basement of the building. The physical arrangement of the basement did much to encourage this story.

Running underneath the east wing of the 1933 section of the building was a dirt basement. The length of the space was lined with support beams and pipes, ending in two partially-enclosed rooms. Spaced out throughout the centre of this dirt basement were a series of large boulders. It was popularly suggested that the boulders were in fact grave markers.

While the low ceiling, dark lighting, and general dampness from the exposed floor painted an undeniably eerie environment, there is no evidence that anyone was ever buried within the confines of the Oak Ridge building. Patient records held at the Archives of Ontario include records of coroner reports and burial certificates for the patients who died while at Oak Ridge - all specify that the men were laid to rest in proper cemeteries around Ontario.